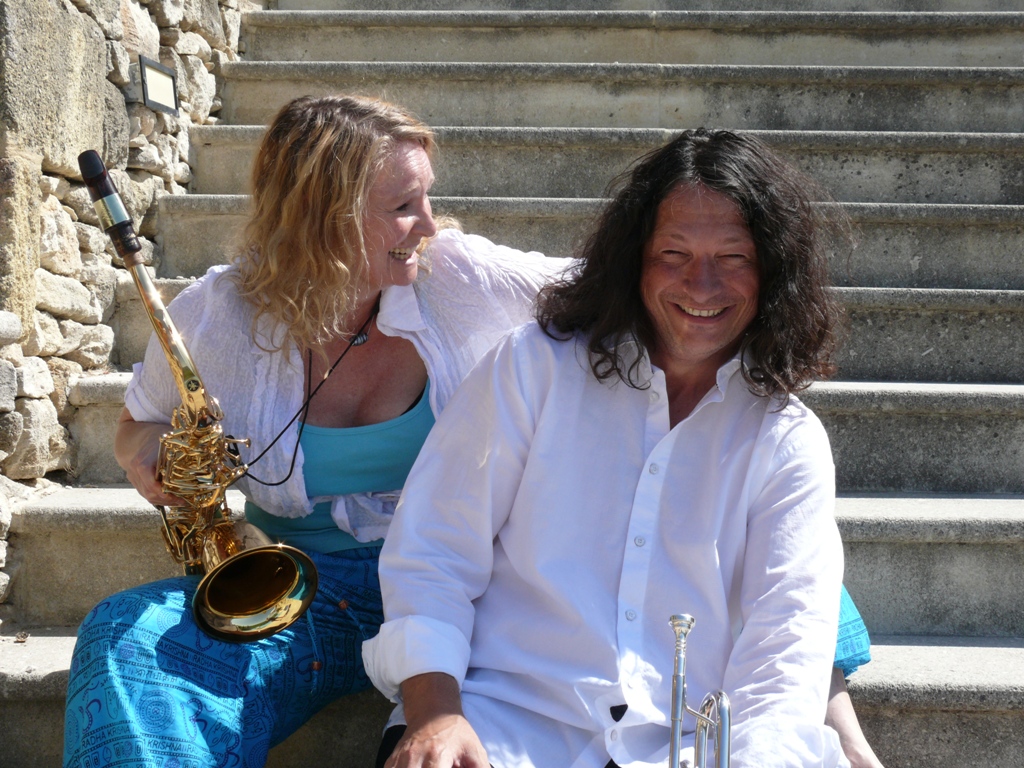 …because at first there were TWO !

and the same goes for duopoli: Karlheinz Höflich & Sonja Höflich

The two parts of this combination are opposed from the start and still they belong together inseparably. One complements the other, and each of them can only play their part because of the existence of the other.
This is the creative approach of duopoli. Only by the fusion of these – often opposing – musical tones, two things will combine into one, a unified entity, the quintessential element of music: the melody.

duopoli refine these melodies in their own, perceptive arrangements in various styles, such as: swing | latin jazz | tijuana brass | classique inégale and create a distinctive sound with trumpet & saxophone.